We’ve had our ladies a couple of months now – and we LOVE them – such entertaining creatures. I feel like the Pied Piper as they follow me all around the garden. 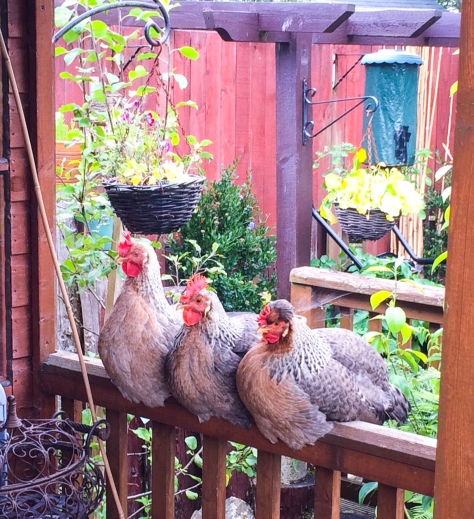 So far just one, Rose, has started laying eggs and we’ve had everything from shell-less eggs to a teeny weeny yolk-less one and a giant one at the other end of the spectrum – apparently all quite common when a pullet first begins to lay.

The cats and hens all run around nicely together however we were a little worried about our cocker spaniel pup (he has ‘previous’ with a neighbour’s chicken last year) but after seeing him get a peck on the nose by Betty, the matriarch – it’s clear his curiosity has been somewhat dampened – no bad thing.

I do wish however, he would lose his fondness for snacking on chicken poo – he treats the garden like an ‘all you can eat’ buffet – delightful!