The walled garden at Newhall is just lovely – I had serious veggie plot envy last time I was there, so I’m excited to see that it’s open every Wednesday between 2pm and 4.30pm until 27th July as part of Scotland’s Garden Scheme.

Entry £4 (goes to charity). Tea and coffee will be on offer.

The History of The Garden

The Walled Garden was built about 1792 by Robert Brown. Originally such gardens were merely enclosed places in which to grow produce for the kitchen and flowers for the house, but they quickly evolved as places also for quiet perambulation in summer, and in winter to view the exotic fruit growing in the heat of the Glasshouses. The Walled Garden at Newhall has some remarkable features surviving from its earliest years, a heated Melon Pit, a beautifully built tunnel was discovered recently linking the nearby burn to the greenhouse for water supply.

In the centre of the Garden is a statue of Adam, the first gardener, (made of Coadestone) ready to ‘delve’. You may also find – at the top of the Garden – the composite sundial, a round early 18th century table dial with a scrolled stone gnomon (or pointer) on what is probably a late 17th century pedestal of four figures of the seasons. The pedestal has been attributed to James Gifford of West Linton, a local sculptor and pre-dates the garden as it is thought to be from 1708. 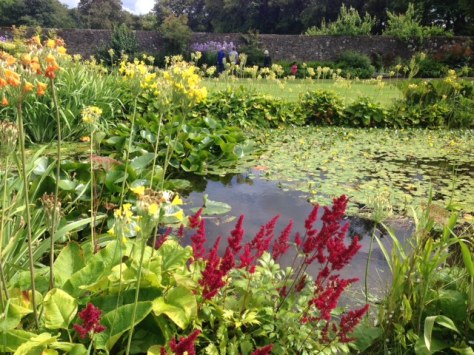 The cloverleafed pierced stones and another dated 1796 that you might find near the statue of Adam were brought here from one of Robert Brown’s outlying properties.

The twin busts of Pan and his mother on the South Gatepiers are probably early 18th century.They used to adorn the old entrance to Newhall House.

These are thought to have been cut by an Italian sent for and employed by the Duke of Hamilton and originally to have been on the gateposts between two Pigeon Houses that were once at the front of the house.

Under the trees to the right of the South Gatepiers can be seen stones that originally formed part of a stone newel or spiral staircase from the old tower-house that still forms the core of Newhall House today. They were removed during the early 19th century extensions and alterations to the house. 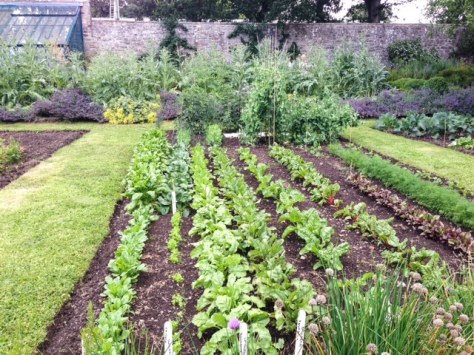 Newhall Estate is just off the A702 between Penicuik and Carlops. 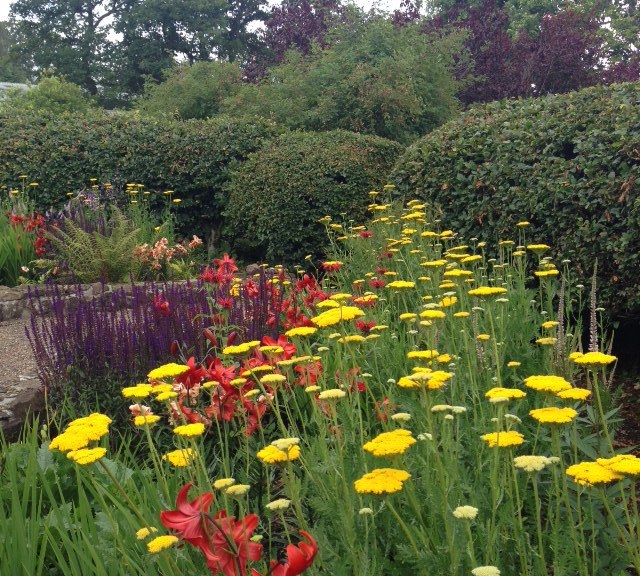 Yesterday was the annual Garden Open Day at the New Hall Estate, although I walk round the estate with the pup regularly it was wonderful to go and see the usually private Walled Garden. I have more than a little envy over their impressive veggie patch and the rest of the garden itself – simply beautiful.

Here are some pics 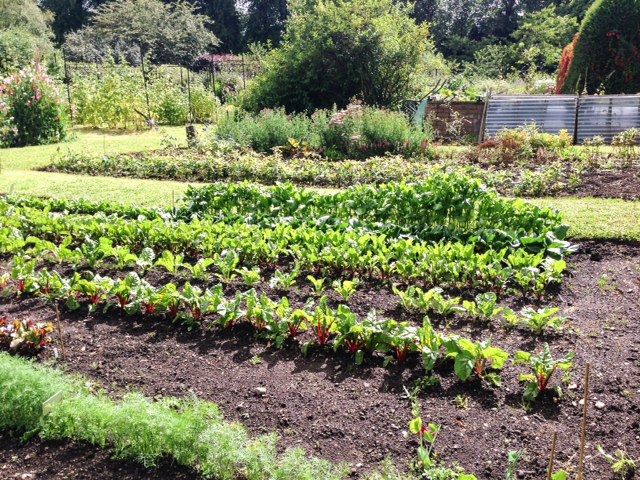 Here’s another lovely event – an open day on the New Hall Estate. Being neighbours we often walk through the grounds with Cosmo – it’s beautiful! I’ve been longing to see inside the walled garden – so this weekend is my chance!

I’m also looking forward to seeing the lovely Daniel Killeen’s exhibition of his artwork (paintings of Coast, Loch & Forest, from Shetland to New Hall) in Old Cottage on the estate.